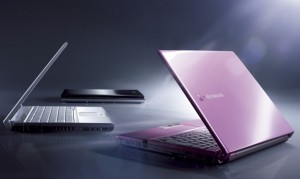 Already available on Japanese shores, the Toshiba Dynabook NX has been upgraded to include 128GB of SSD goodness. We’re all for progress and the SSD march continues in stylish notebook fashion.

Not sure as to when it will be available on European or USA store shelves so don’t get your hopes up just yet. There may also be compatibility issues if, as like the SS RX2, the Toshiba Dynabook NX is only compatible with the KDDI AU Network making it unusable in the US or EU. Still looks pretty though….