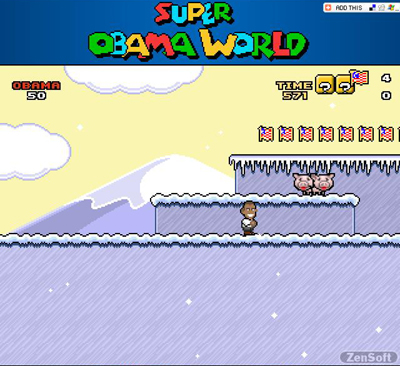 Yes we know he’s won but that wont stop people trying to cash in on the Obama gravy train and this time it’s Zensoft with the release of the Mario rip-off Super Obama World.

Playing like a single level of Nintendo Super Mario Bros, Super Obama World is a 2D platform scroller that’s free to play from their dedicated website.

Featuring pigs in lipstick (Palin?) and plenty of star-spangled banners for you hardcore patriots, Super Obama World is a viral marketers dream.

How many hits do you think they will get a day? Hundreds of thousands I bet. I’m sure their smacking their (pig) lips in anticipation. T-shirts are also available for sale on the site (^^).

Funny how the Democrats get stuff like Super Obama World

and the Republicans get stuff like this Bush Urinal 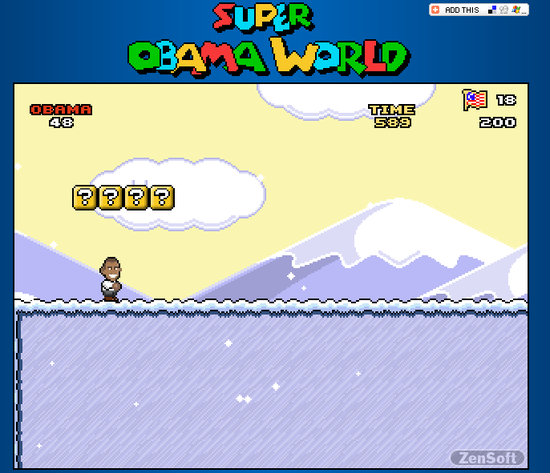