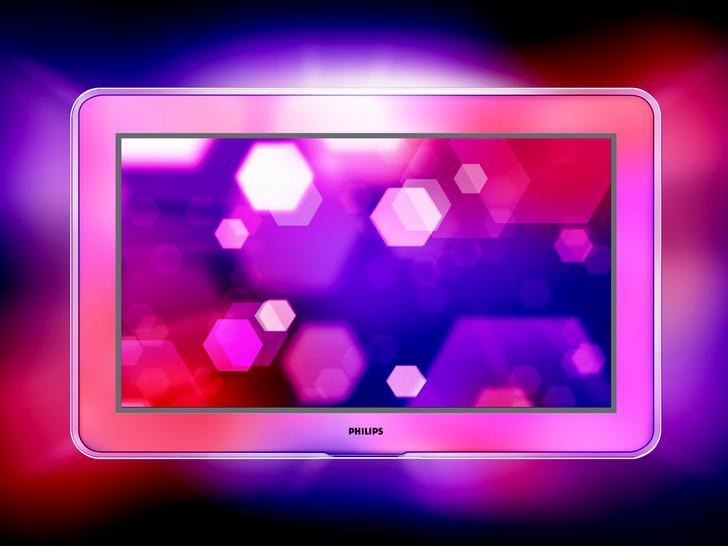 The Phillips Aurea II LCD TV is definitely a looker but what’s even more pleasing is the way Phillips have cranked up its Ambilight technology another notch with this new release. The new Aurea II is now capable of processing a respectable 500 million pixels per second with a dynamic contrast ratio of 30,000:1.

This luminous flatscreen television is more of a clean and polish job than a complete remodelling of the successful first batch of the Aurea range. The 42PFL9903D (as the first model of the Phillips Aurea II is officially known) has undergone an atkins diet and is slimmer than its predecessors, allowing it to have what Phillips call a ‘slim-line silhouette’.

The Phillips Aurea II is also almost transparent meaning that when it is on, the colors generated by the Perfect Pixel HD engine seep effortlessly from the screen to the frame and the room around.

A reasonably 42inches big, the response time of the Phillips Aurea II 42PFL9903D has been reduced to two milliseconds making it officially the worlds fastest LCD, for now.