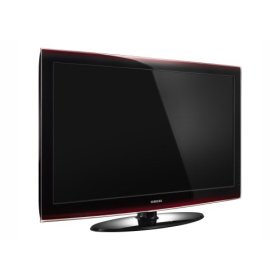 It’s been a while since we did a HDTV review so we thought we’d jump back up on the horse and bring out our rusty review pen on the Samsung LN46A650.

If you haven’t seen the advert for the LG Scarlett by now go look it up on YouTube. Why do we mentioned it? Because at first glance the Samsung LN46A650 is its spitting image but if you look a little closer you’ll see that it has a whole lot more to offer under the bonnet.

We’re not going to bore you with all the technical spec you can get that from the sales pitch and if you’ve reached this page through a search engine you’re most probably looking for a straight forward review and that’s what we’re going to give.

1). If you didn’t know already, it looks fantastic. The subtle red highlight gives it a high-quality finish that you will be hard pressed to find elsewhere. You may be thinking that it may look gaudy or tacky in you’re front room but if you see the LN46A650

up close, all those fears will dissappear, it’s a sexy beast.

3). 4 HDMI ports. That’s right ladies and gentlemen 4. There are other HDTV’s with 4 ports but not at this price. With 4 ports there is no need to constantly unplug and switch your games console, HD-DVD player, SKY Plus box etc. You can have everything you need attached to the LN46A650 and let them stay plugged in.

4.) TruSurround. Now I know in this day and age most people who shell out big bugs for a television also have surround sound speaker systems. Most not all. This is where the Samsung LN46A650

‘s TruSurround feature comes into it’s own. It gives a surround sound feel even if you only use the default speakers on the TV. More than good enough until you invest in a real surround system (if you even want to after hearing this).

5.) Gloss. That’s right gloss. The Samsung LN46A650 has an extremely glossy screen. Now some of you many see this as a negative (and we can see your point – see cons section) but this gloss makes the colors and contrast even more vibrant and with the blinds drawn or light off the picture really stands out.

Now for the cons…

If you’ve rad any other reviews you will have heard the complaints about the remote control. To be frank, it’s just weird. It has a scroll wheel that is out of control and extremely sensitive making it seem like a cheap iPod knock-off and it is also a TV-only remote (i.e. not universal) which is a bizarre decision by Samsung and a step back.

has a nasty habit of suddenly switching itself off. This is a firmware bug and the problem should be largely resolved by a firmware upgrade but can still happen.

Gloss. Yes we know we mentioned it as a pro just a few paragraphs ago but when the light is shining on the screen it can really get on your nerves and impair your viewing pleasure. The thing is just so shiny it hurts.

bigger brother the 7 series Samsung LN46A750, has a USB port for your MP3 player (or whatever else) and 1GB of inbuilt cache. That is literally the only difference between the two (and about $600) but if USB functionality is your thing, then you’re out of luck with the LN46A650. 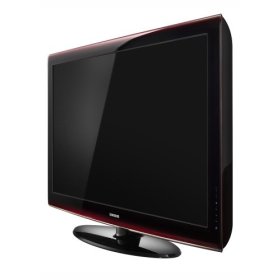 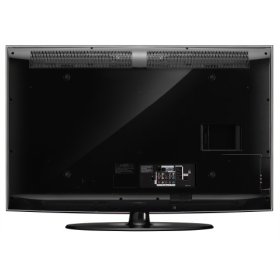 Do you Feel the Force Young Padwan?