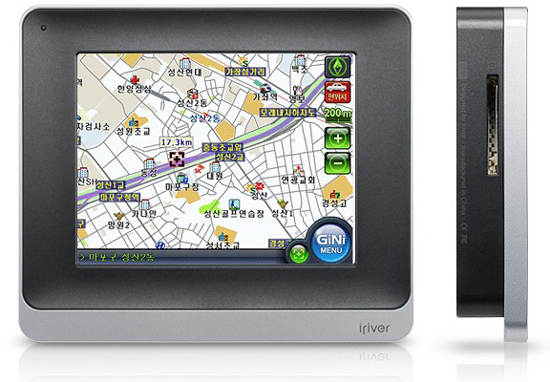 The thing about parent companies, is that they like to take the credit when the star of their multi-conglomerate group starts to do well and with iriver, Reigncom had a real star on their hands. The NV mini packs 4GB of internal memory, a 3.5″ touch screen and is good for 2.5 hours of standby.

You can add up to 8GB of additional memory via the flash card slot and the Gini mapping software is as good as any other GPS out there. As far as the media player side goes, the iriver NV mini can handle most formats you throw at it meaning you can take a road trip whilst watching Road Trip (if you really wanted to).