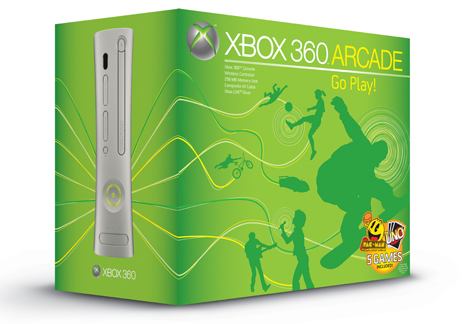 After years of being behind PS3 on the memory storage front, the xbox 360 finally comes up trumps with the introduction of the Xbox 360 Arcade with 256MB of internal flash memory. No need for a pesky external flash drive now and you can download straight onto the xbox 360 without a problem.

The new chunk of flash memory will allow xbox owners to download and install the entire NXE dashboard without the need for any external flash drives. You can also store save data from Xbox Live Arcade games internally.

This is kind of a swings and roundabouts offering from Microsoft. On the one hand, you now have everything in one unit, ready to go straight out of the box and no chance of you losing andyof your game saves etc.. On the other hand, if you want to take any of that information anywhere, you are still going to have to buy an external memory card which is a reduction in functionality, depending on how often you take your xbox 360 data on walkabout.