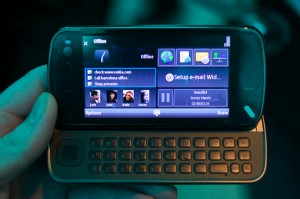 After a less than subtle marketing ploy of a having a live countdown to an unknown announcement on their site, Nokia have revealed ….nothing, well at least for a while as their server crashed, (see, that’s what happens when you try to be clever). When it finally got back up Nokia revealed their expected Nokia N97, The new flagship handset.

Now it looks like Nokia reveal a flagship every few months or so (remember the N95 and N96?) and each one takes thing slightly further than the last in terms of functions, applications and usability. The Nokia N97 cell phone is a landscape oriented handset with a reasonably large 3.5 inch touchscreen and a QWERTY keypad. The N97 packs in a host of connectivity options including HSDPA, WiFi and Bluetooth.

The N97 handset can go on for days literally with a battery capable of 1.5 days of continuous playback. Pretty awesome we have to admit. Even more awesome is the 32GB of on-board memory that can be expanded to a massive (for a phone) 48GB via microSD cards.

The Nokia N97 comes with an ‘always open‘ connection to your bookmarked internet sites including the pre-requisite social network sites Facebook et al. You can expect to fork out around $700 for the handset when it is released in Q1 of 2009.

Not content with giving us a countdown teaser, Nokia is referring to it’s N97 as a mobile computer, nay, the worlds ‘most advanced‘ mobile computer in the world. Looks okish to us, reminds us of a sidekick (oops, did we just say that?). 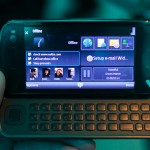 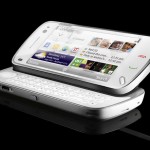 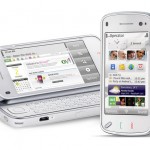 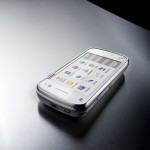