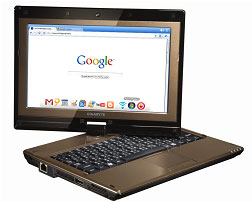 The Good OS Cloud is a hybrid browser / linux kernal which promises a speedy startup time and reduced lag. The Cloud OS also comes with web apps (mainly by Google) and can be used with a wide array of multimedia formats (flash, video and MP3). Strangely, the cloud will not be the sole operating system residing on a machine and will instead be bundled with netbooks which also come with Windows XP with the option to switch between the two when required.

Client applications such as Skype and a few others will also be able to be run from Cloud, giving you the best of both worlds.

Good OS Cloud will be bundled with the Gigabyte Table when it is released sometime next year so make sure your Wal-mart savings card is topped up preparation….. 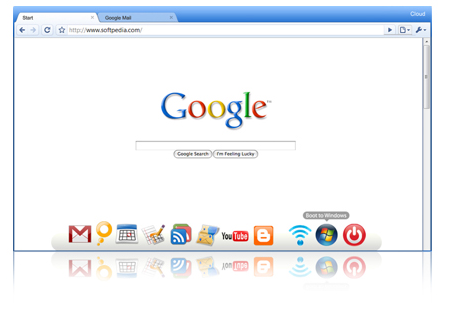