Nintendo Wii likes to be a trendssetter and not a follower but even it couldn’t help jump on the current bandwagon by releasing the Wii Music, a rival to Xbox’s 360 Rock Band and Guitar Hero series.

The Wii Music allows you to use any existing Mii’s that you may have created in your new Rock Band and to play with family and friends
.
Will Wii Music be to music as Wii Sports was to exercise? Who knows but GadgetHeat is sure that it will be a big hit this year. Rock Band and Guitar Hero somewhat stole the march on Nintendo with this one but if the past 20 years has taught anything, we know that Nintendo is good at playing catch-up.
.
Wii Music will allow you to use other Nintendo Wii accessories including the Wii Board, MotionPlus

and Wii remote with even greater dexterity than you can do now. Look out for the Wii Music from late 2008 onwards. GadgetHeat as the feeling that this is going to be a massive hit… 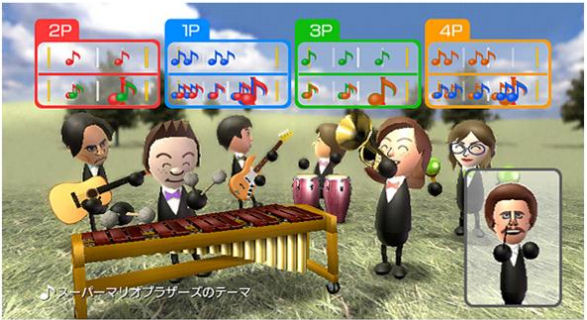