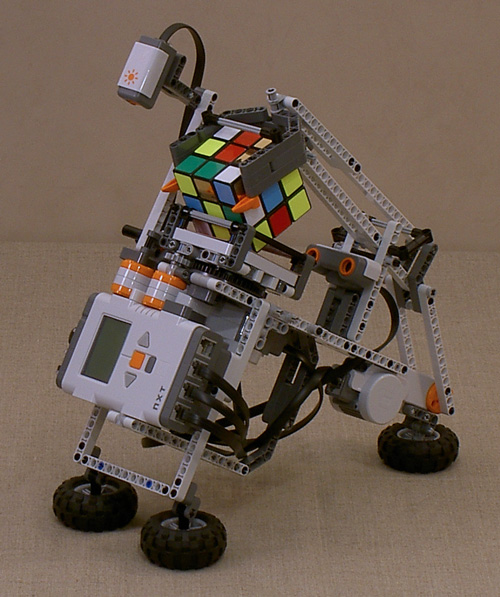 The Twisted Tilter Lego Mindstorms NXT kit mus be the sweetest Lego kit around. These days you can build virtually ANYTHING from Lego, from photocopiers to the Lego Death Star

, you name it, Lego will have a go at replicating it in their multicoloured building bricks.
.
With the Lego Mindstorms NXT kit they’ve taken it another step further by integrating technology into those bricks and we’re not just talking flashing LEDS (although they do have pleanty of those), we’re talking about bona fide high-tech components smart enough to solve Rubik’s cube in the form of the Twisted Tilter.
.
The Tilted Twister by Hans Andersson Lego NXT Rubik Cube Solver solves the cube puzzle without any human intervention after it has been set up and programmed. Color sensors analyse the cube placed in its ‘hands’ and its built in algorithm takes about 6 minutes to calculate and produce the moves required to solve the Rubik’s cube.
.
The NXT module does all the computing without the need for an external PC which is pretty impressive on its own. Plus the fact that we’re talking about a robot made out of Lego, this is modding at near steampunk proportions. Check the video out below.