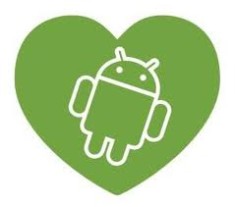 Last week, the FBI released a mobile phone app called Child ID which is meant to allow parents to keep up-to-date biometrics of their children in the event that they have to file a missing child report to law enforcement. Instead of guessing weight and height and struggling to provide further useful descriptive information, parents can simply send their pre-plugged data directly to authorities. It’s a remarkable bit of technology paid by tax dollars, but there’s a snag: parents with a 4G Phone Samsung Exhibit

or other device that runs on Android are unable to download the app at this time. The currently version only works on Apple iOS.

Upon further investigation it seems that the overwhelming majority of mobile apps the U.S. Government provides are built solely for iOS. This includes a travel information app offered through the State Department, an app for looking up available government jobs, and one that encompasses the entirety of USA.gov

itself. These are seemingly extraordinarily useful programs to be able to run from a mobile device. For the minority of Americans who have iPhones this is fine. For the majority of smartphone-wielding Americans this could be considered a blatant misuse of tax dollars.

of the American public will by 2012. The iPhone market is rapidly expanding, but the Android market had long since been empowered ever since Google willingly let multiple device manufacturers use their open source OS. Simply put, if you had to put your money on the mobile operating system that is to eventually become the majority of the smartphone market, you’d go with Android.

So why the government is preferring Apple’s iOS for their app development is beyond me. Does it have something to do with a predominance of government developers savvy in Apple languages, but not the basic C and C++ of Android? That’s doubtful considering that Microsoft systems have dominated government information infrastructure for the last fifteen years.

It probably has a lot to do with the lack of coordination among government agencies. Each individually funded and given independent autonomy to an extent, they likely create these apps at the whim of internal interest.

Don’t envision some grand legislative act that made app-creation a unilateral priority of all departments of the executive branch. Instead, picture a random sequence of app creation each allowed to choose its own platform on which to write the app for. Without an overall sense of properly providing the public with apps that can be used, these agencies and departments are all deciding to make apps for the iPhone and no one else.

If you’re an Android user interested in government apps, make a point to contact your member of congress about the issue. At such a hectic time in our government, it won’t be a priority until the people make it one.