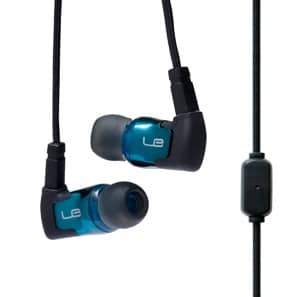 should be cheap, that’s just how we feel about it but Ultimate Ears have other ideas with the release of their $420 Triple.Fi 10vi in-ear Headphones. Where do they get off asking for such hard earned money, well, they’ve put Ultimate in their brand name so that has to account for ‘something’ right?

Truth is, it does (although we’re not sure it accounts for $400 of ‘something’). The Ultimate Ears Triple.Fi 10vi in-ear Headphones come with ultra low and ultra high frequency boundaries at 10Hz and 17KHz respectively. They also come with triple drivers (hence the name) and have an inbuilt microphone / button for controlling your iPhone, Blackberry or any other gadget cool enough to support their input.

Claiming to have the same technology as Ultimate Ears studio and concert monitors, the in-ear Triple.Fi 10vi headphones can cut out up to 26db of outside sound via passive noise cancellation. All these feature are still not enough for us to come to terms with shelling out over $400 for a set of headphones (especially in this economy). If we were slightly more irresponsible and paid a bit better, the Ultimate Ears Triple.Fi 10vi in-ear Headphones may just have turned our heads….but we’re not.