Motorola have unleashed their own [merciless] Ming GPS cell phone handsets to rival Nokia’s and Apple’s platforms. The Motorola Ming A1600 and MING A1800 both come with GPS reputed to be on par in not better than the current offerings by Nokia at the very least if not the iPhone 3G (whose full GPS capacity has jet to be seen in action).

The Motorola Ming A1600 and MING A1800 are fairly similar cell phones to look at, differing mainly in the fact that the Ming A1800 allows for two sim cards to be used simultaneously allowing for switching between CDMA and GSM networks.

Both Mings’ come with a 2.4-inch QVGA touch screen, 3-megapixel camera,  Bluetooth, a microSD card slot, FM radio and built-in GPS as we mentioned earlier. The only let down in regards to the spec is the fact that there is no WiFi, which to be frank, is pretty stupid on the part of Motorola as competing against the iPhone and Nokia‘s upcoming N96 is going to be an uphill battle. If Motorola are banking on their nifty GPS being the killer application for the Ming A1600 and MING A1800, they obviously haven’t check out the Knight Rider GPS…. 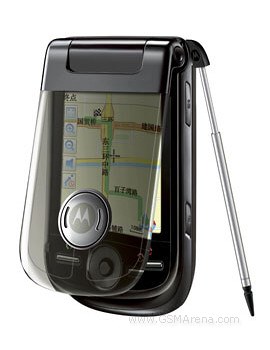 The xDream – Dreaming Of A Microsoft Miracle