WTF? – That’s like putting a Ferrari engine in a Skoda (for those of you who have never heard of a Skoda, there’s a reason for that…). OK, maybe we’re exaggerating a teeny bit as the HD quality generated by the SpursEngine SE1000 still manages to be above average but it would have been soo much better had Toshiba swallowed their pride and added Blu-Ray players to their G50 Series, F50 Series and FX Series along with the SpursEngine SE1000.

.
All the machines the SpursEngine SE1000 will be rolled out on will come equipped with some pretty high end specs including the NVIDIA GeForce 9600M GT and Core 2 Duo CPU. The main differences between the models will be the Hard Disk space and screen size. 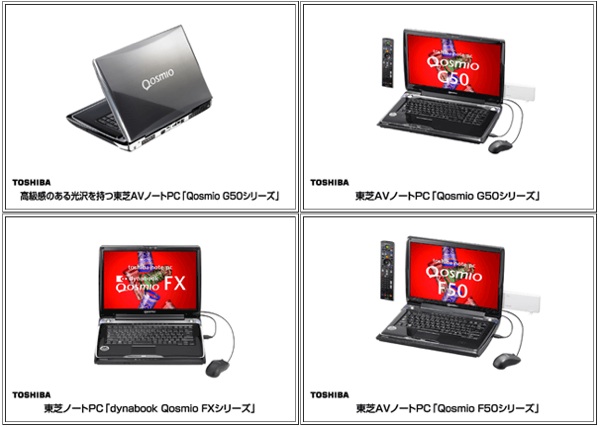 B-Membrane – The Future Of Desktops – Again