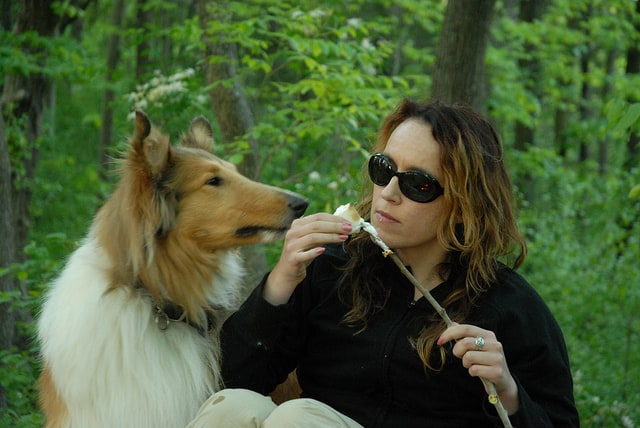 When we buy new gadgets, part of us is doing it because we want to get the best use out of new technology. Another part of us just wants to show off to our friends. If we’re honest with ourselves, we should all be able to admit that!

But how about instead of showing off to our friends, we actually buy gadgets for our friends? And when we say “our friends”, what we actually mean is the best friends mankind have; our dogs.

The canine market is a busy and lucrative industry. The latest figures available suggest that over $60bn was spent on pet products last year. It seems pretty clear that Americans have the money to spend on their pets, and they’re willing to spend it. There are only so many studded collars and extravagant treats you can buy for them, though, and so the technology market is stepping in.

Dog gadgets are a new phenomenon, and the range and variety is still establishing itself. It might not seem like much of a stretch to fit a spy-cam in your home so you can watch your pet when you’re not around, but the idea of wearable technology for your dog might seem like a bit of a stretch. Nevertheless, it exists.

There are more options available than just gadgets for dogs, too. You could even have a gadget which actually is a dog if you really wanted to. Boston Dynamics are in the final stages of readying their robotic dog, Spot, for the market. That might be an option for people whose landlords don’t allow them to have pets, but for the moment, let’s see what’s out there for your real, flesh and blood dog to enjoy.

We mentioned that this was one of the more out-there categories, so we’ll start here. It sometimes feels like a battle to get a collar on your dog, so the idea of persuading them to wear more might not be too appealing, but when you stop to think about it, there are several potential benefits to doing so.

Wearable technology for dogs is designed to serve the same purposes as wearable technology for humans, if you ignore the whole ‘communications’ aspect of the latter. We’re not quite at the point if your dog being able to phone you just yet. However the canine equivalent of a FitBit is a useful tool if you’re trying to make sure your dog stays fit, or you’re trying to get them to lose a little weight.

One of the first pieces of wearable dog technology to become widely available was the FitBark. Instead of trying to persuade your dog to accept something being wrapped round a limb, the FitBark attaches directly to your dog’s collar and collects data. That includes things like heart rate, steps taken, and everything else you’d expect from a good fitness monitor.

There’s also, of course, the safety angle. Once upon a time, you used to rely on a name tag hanging from your pet’s collar to help them get home if they were lost. These days it’s almost expected that you’ll have them chipped. Some wearable dog gadgets combine both features; tracking your pet’s fitness statistics and also allowing you to locate them via GPS.

In fact, some of the GPS possibilities to a little further. We’ve all occasionally let the dog out for a run around the garden when we haven’t had time to walk them properly. Sometimes, a curious or determined dog will find its way out of your garden and make off down the street before you have chance to stop it. There are GPS devices on the market; “Whistle” being one of them, which allow you to establish virtual boundaries You could, for example, set the boundaries to be the limits of your garden. If your dog goes beyond the boundaries, an alert is sent to your phone, and you know it’s time to grab your coat and go chasing them down the road! 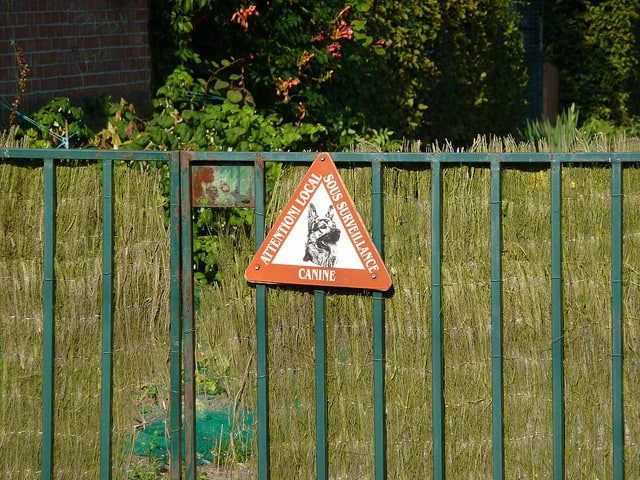 Some dog owners just like to be able to look in on their dog every now and then during the day to check on them, and because they miss them. Other owners feel the need to always have one watchful eye on their dog because they secretly suspect that they may have accidentally bought a wolf. They savage your slippers like a wolf, tear up the carpets like a wolf, and leave you little presents of wolf gold.

If you have a little treasure that likes to ransack the house while you’re out, the ability to spy on them – and even issue voice controls to them to calm them down – is probably a desirable one. Dog cameras have come on a little since the days of just being able to watch. Camera gadgets are available that sync with your smartphone and provide a two way voice interface. If your dog learns to understand that you’re still watching them even though you’re not physically there, it may stop playing up while you’re out!

No, we’re not talking about getting your dog set up with its own account on your PS4. Can you imagine what it would do to your Call of Duty record? Instead, canine focused ‘video consoles’ are out now on the market, with the idea behind them being that they keep your dog entertained and occupied while you’re not there to do it yourself.

Usually marketed as interactive ‘Puzzle Toys’, devices like the CleverPet console challenges your dog with a series of light patterns and puzzles. If your dog can solve the riddle, it gets a food treat. For the majority of dogs, that’s sufficient motivation to keep at it. The device also sends data to your phone so you can track your progress, and find out how clever – or not – your pet really is.

Like we said, this is an emerging market, and more devices will appear over the course of the coming months. We’ve heard about devices with more practical applications; for example a dog coat that can contact emergency services if their owner has an accident or is unresponsive; a feature that would be hugely useful for blind dogs or diabetes dogs.

So next time you’re considering your tenth variation of a FitBit, or the next equivalent craze, consider buying something for your dog, too. Your best friend could also be your new training partner!

What Cybersecurity Threats Should Your SME Guard Against In 2019