Sony’s PSP Go, long rumoured and soon coming, will be released this fall and is apparently 43% lighter than the PSP-3000 with a 3.8-inch screen. DSi better watch out.

The Sony PSP Go comes with the following feature list:3.8-inch screen, 43% lighter than the PSP-3000, 16GB flash memory, Bluetooth support and all digital content so the UMD drive goes away – download straight to a hard drive. Games already available are Gran Turismo, LittleBigPlanet, Jak & Daxter and there’s even a new Metal Gear Solid

Available in the Autumn, now actually word on price as yet but we will find out more after the official announcement on the Sony PSP Go come next Tuesday. 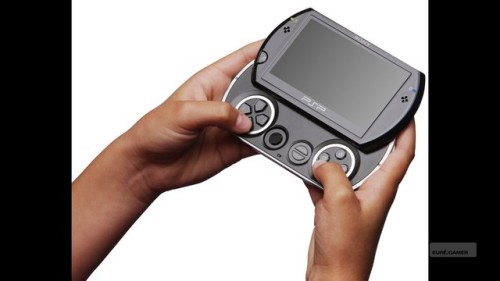