This is a big TV. I know some of you will be saying ‘it’s only 40 inches’ but when it’s in an average sized living room the Sony KDL-40W3000 stands out as the big boy. As far as the KDL series goes, the 40W3000 can’t claim to be it’s stand out offering but nevertheless it’s a decent number in it’s own right and a definite contender for the title.

Some of you may have been looking at the Samsung LN46A650

television can be a nightmare (or a joy depending on how you look at it). You can specify different settings for each of your inputs (SKY HD, Freeview, PS3 etc.) to get the picture you want. Why a nightmare? Because the average user will want just one quick generic setting for all inputs and to be done with it (no quick start help either). 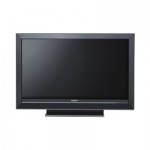 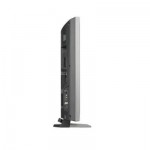 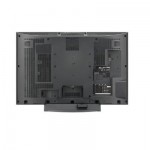 Depending on how thoroughly you want to read the accompanying manual (which isn’t much good BTW), you may find yourself feeling deflated after an hour of tweaking and fidgeting to get the contrast just so and still not being pleased with the result.

As with all HDTV‘s that I come across recently, displaying standard definition on this set may look worse (yes worse) than on a non HD television. This really grates on me as I think if they have the tech to produce a great high definition picture, why does that mean SD output has to suffer? Inevitably you will want to view HD DVD’s and Blu-Ray but you may also feel like you need to purchase a HD broadcasting subscription in order to get full pleasure from the Sony KDL-40W3000

Once you get past the near Mensa challenge of setting the best up your viewing pleasure will probably go through the roof. The contrasts (once you’ve set it up properly) and blacks are superb and the picture detail and colour is intense. The Sony KDL-40W3000

is a definite step up from the Sony KDL-40W2000 so much so that I would discourage anyone form getting the 2000 until they’ve seen it side by side with the Sony KDL-40W3000.

As opposed to lots of HDTV’s I come across the sound on the Sony KDL-40W3000 is also pretty good and not tinny as has been found in some other models.

The television comes with a glut of connectors, the most important being the 3 HDMI ports so you can plug in all your HD sources at once. It also has the standard, component, s-video, scart etc. so whatever peripherals you have, it should slot in nicely.

has great picture and is a top end build quality (that’s one thing you can depend on with a SONY – build quality) and after the initial adjustments you won’t be disappointed with this television, in fact you’ll probably be quite impressed…..