Amid controversy surrounding Samsung’s newest smartphone, many consumers have questions concerning what happened as well as when the Galaxy Note7 will be on the market again. While Samsung is working to make amends with its faithful customers, here’s a look at the Samsung Galaxy Note7 and what it will offer once back on the market. 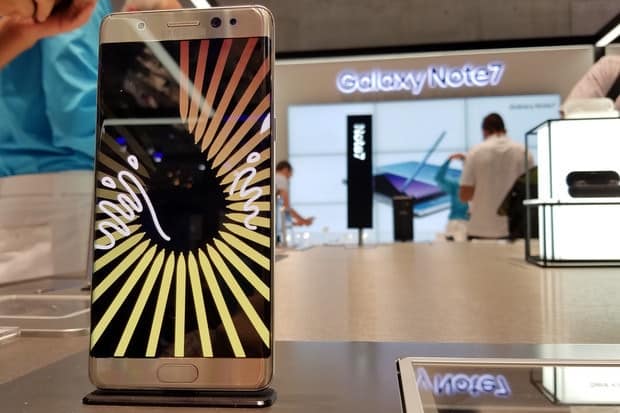 While it may be some time before the Samsung Galaxy Note7 hits the market again, there’s no reason not to look ahead and see what Android fans are missing. The Note7 is a huge step up from 2015’s Note5, with a longer battery life, a better screen and a 64GB base model, giving users lots of room for pictures and video. A unique feature of the Note7 is the stylus, or S Pen, which allows users to draw and write with more precision than ever before. Its Qualcomm Snapdragon 820 processor is among the best in any smartphone to date and its 12MP back camera offers a low light mode. Even the Note7’s security has undergone a technological upgrade, now offering an iris scanner, which scans your eye instead of using a finger print scanner or number lock. Furthermore, CNET found that this phone is relatively waterproof after it was dunked in 2.5 feet of water for nearly 30 minutes

and still worked. The Note7 also boasts VoLTE (Voice over LTE), which is the ability to make calls over an LTE network rather than 2G or 3G, which is more common. While this can be an advantage, it can also be a drain on data, so if you have a small data budget, you might opt to turn this feature off.

The Note7, like most Android smartphones, is a highly customizable device. However, Samsung has gone the extra mile with this years incarnation and allowed for an “Always On Display” option, which allows users to decide what information appears on the phone’s screen before you unlock it. Whether it’s the time, data usage or missed messages and calls, you’ll get all the info you need with one glance. Since the Note7 offers one of the best cameras ever available on a smartphone, you’ll probably take some selfies. It’s voice command activation means that you don’t need a selfie stick or a stranger to snap a photo for you. Just enable voice command in the settings menu and then use the words, “smile,” “cheese” or “shoot” to make the phone automatically take a picture. You can also say, “record video” and the phone will begin recording.

When just 0.1 percent of Galaxy Note7 batteries malfunctioned, Samsung was forced to take action to deal with the backlash. They immediately stopped sales of the Note7 and all 2.5 million owners have been asked to exchanged their device for a temporary phone until the Note7 is undeniably safe again for users. All major carriers such as T-Mobile, AT&T and Verizon have replacement programs already in effect. Also, anyone who pre-ordered the phone is able to keep the free Netflix subscription, SD card or Gear Fit that came with it. While it’s uncertain when the new Note7 will be made available for purchase, the phones are “ready for distribution, but are awaiting CPSC approval,” according to Samsung customer care representatives.

Dr. Oz Warns Viewers About The Dangers of Vaping – Is He Right?