To his credit, Dr. Oz’s television program has helped thousands of viewers lead healthier lives by promoting responsible eating habits, the importance of exercise, and driving home the need to ask questions about the everyday products that we all buy. Unfortunately for Dr. Oz and his show, which has been on the air since 2009, there have been a number of times where his advice has turned out to be completely incorrect. Oz’s many erroneous assertions include:

According to a story ran by The Washington Post

, a study published by the British Medical Journal concluded that nearly half of the claims made by Dr. Oz are not only slightly wrong, they aren’t at all supported by medical science. While this number may come as a shock (to his viewers), this isn’t reason enough to dismiss everything that the good doctor has to say, but it does mean that those listening to his assertions should consider them with a degree of healthy skepticism.

So when Dr. Oz came out as stating that electronic cigarettes – or perhaps more specifically, e-juice – posed a serious health concern, it warranted a deeper investigation into his claims. 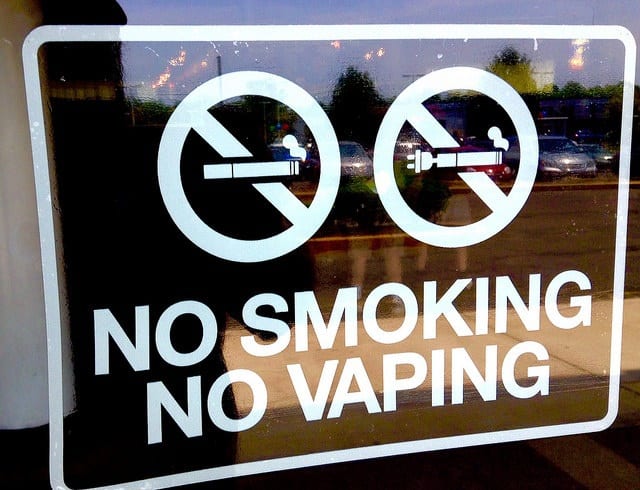 Without getting too bogged down by technical medical jargon, Popcorn Lung Disease consists of an irreversible scarring of the microscopic oxygen sacs located in the lungs as a result of an exposure to a chemical call

Diacetyl is a common flavouring agent that is already widely used in many of the foods and beverages that we consume (like beer and wine), and can be found in low amounts in coffee, dairy products, and vinegar.

To be fair to Dr. Oz and his researchers, people have gotten ill from inhaling diacetyl, but all of these people worked in food manufacturing facilities where exposure levels to the chemical were high and prolonged. There is currently no evidence that this condition has come from using electronic cigarettes. That being said, test results delivered by a Dr. Farsalinos to the Global Forum on Nicotine in Warsaw, Poland did seem to lend at least some credence to Oz’s claim.

Farsalinos’ findings indicated that while consuming e-juices that contained diacetyl may cause pulmonary disease over the long term, the amount found to be present in the e-liquids he tested were, on average, as much as a hundred times less than what can be found in a conventional cigarette.

The interesting thing is that diacetyl is not used in all e-liquids; so while it’s somewhat accurate to say that e-cigarettes may be linked to a particular pulmonary condition (long term health effect claims have yet to be substantiated) insinuating that all electronic cigarettes pose this risk is greatly misguided.

Reporting half-truths on a product that so many have labeled “a device that literally saved their life” is dangerous to say the least. Fixating on one potentially negative aspect of a product for shock value without extolling its many virtues is simply bad science.

Dr. Oz went on to imply on his show that e-liquids contain nicotine, and should be avoided at all costs. While it’s true that some e-juices contain nicotine, it’s laughable to suggest that they all do. Ingesting nicotine can be dangerous, but it’s difficult to fathom a scenario where a vaper would willingly or accidentally consume an entire refill bottle of e-liquid.

Like many products, common sense and sound judgment should be exercised when using electronic cigarettes – the same common sense that one would apply driving a car or storing household cleaning products away from young children.

For those using electronic cigarettes as a way to quit smoking, the best thing you can do is arm yourself with knowledge and make informed buying decisions. While some may label Dr. Oz’s claims to be alarmist in nature, there is something that can be taken from his warnings. Any product, no matter how seemingly innocuous, can be harmful if used irresponsibly. If diacetyl has you worried, consult the staff of your local vape shop for a diacetyl-free alternative the next time you’re stoking up on e-liquid. And just remember, the next time Dr. Oz tells you that you can whiten your teeth using strawberries and baking soda, do a little research before you head to the grocery store because that one too has been thoroughly debunked.

The Curved Revolution: 3 Curved Gadgets and Why We Love Them

Samsung Galaxy Note7: What You Need To Know