The one trend that gadget fans can’t have helped but notice over the last two years is curves. As the gizmos around us have become more advanced and interactive, they’ve also become less sharp and more curved.

According to researchers from the University of Toronto, our recent fascination with curved gadgets is hardly surprising. Although still a relatively new field of study for neuroscientists, “neuroaesthetics” is just starting to analyse how and why we perceive some things as beautiful and not others. On the subject of curves, Professor Oshin Vartanian  explained that we see curved objects as “soft” and, therefore, more appealing.

Using functional magnetic resonance imaging (fMRI), Vartanian studied people’s brains as they scanned pictures of household interiors. When asked to rate the rooms as “beautiful” or “not beautiful”, the majority of people categorised rooms which featured curved objects as the more attractive. Comparing these assessments to the fMRI scans, Vartanian found that curved lines stimulated the pleasure part of the brain while sharp lines signalled a threat.

So, with the science seemingly confirming our love of curves, it’s little wonder that technology companies have been fighting to add some bends into their products. With that being the case, we thought we’d look at three gadgets that appeal to our love of curves.

If you look inside many of the largest casinos in Las Vegas you’ll now see imposing curved screens rising up as high as 7feet. Games such as Wonder Woman Gold are not only visually appealing on the casino floor but, according to the Verge’s Andrew Thompson, able to increase game play by up to 80%.

In fact, such is the appeal of curved slots that online casino operators are now getting in on the action. Betway boasts more than 160 slots and many of its top titles, such as Immortal Romance, Tomb Raider and Mega Moolah, can now be played at full stretch. Unlike the early days of online casino gaming where a slot was crammed into a small boxout, today’s spinners can now be stretched across a full screen.

Tying this into the recent trend of curved slots, Betway Casino players can now ante up using a curved computer monitor like the HP Envy or using a flexible smartphone such as the LG G Flex. By recreating the curved style of the latest live slots, virtual players can now not only play from as little as £0.01, but enjoy a more “beautiful” gaming experience. 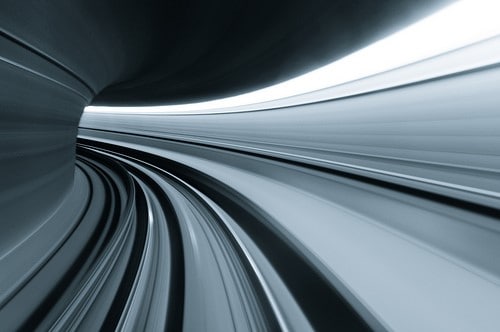 One of the first pieces of technology to embrace the curve revolution is TVs. Although the jury is still out on some aspects of the curved TV (price being one issue), the experts seem to agree that the design creates more immersion.

In a world where virtual reality is now all the rage, having a more “immersive” experience is something more people are demanding. Curved TVs such as the Samsung UE55JS9000 and Sony KD-65S8505C help create a more engaging dynamic in a variety of ways. Because of the way the screen curves, the edges of an image are actually angled more towards the viewer. This creates a greater depth of perception and, therefore, more immersion.

Moreover, improved contrast, a uniform viewing distance and a wider field of vision make the whole experience seem more overwhelming (in a good way). Indeed, when you compare the viewing experience of a 65-inch flat screen and a 65-inch curved screen, the consensus is that images on the latter will seem larger, more vivid and more direct. Essentially, if your TV is curved, it’s likely to get you a better experience.

Just as computer monitors have been bending over the last two years, laptops are now starting to embrace their inner curviness. One of the first companies to jump on the bandwagon and reshape its latest product is Acer.

Unveiled at IFA in Germany, the Predator 21X

features a 21-inch curved screen that aims to wrap users in a world of HD images. Specifically designed for gamers, the high-powered Predator 21X features a curved screen that’s powered by two of Nvidia’s latest mobile GTX 1080 graphics cards. This setup results in 2560×1080 resolution which, when combined with Tobii eye-tracking hardware, means that serious gamers can get completely lost in the latest games.

Whether you’re a StarCraft pro, a Call of Duty veteran or an Overwatch lover, Acer’s curved laptop allows you to enjoy the most immersive yet portable gaming experience possible. Of course, having the privilege of being one of the first curved laptop users means you’ll have to pay for it. The Predator 21X currently retails for £2,000, but if you’re a fan of cool beauty and enhancing experiences, it could be well worth the cost.

Curved gadgets might be a fad in some people’s eyes, but both the science and the market seems to suggest otherwise. So, if you’re looking for a new trend to follow in the tech world over the next few years, we suggest you embrace the curved look.

Know The Right Time for Stopping Your Casino Session

Dr. Oz Warns Viewers About The Dangers of Vaping – Is He Right?