There’s a point when a brand gets so big that if it puts its name to anything it can sell a million just by virtue of its brand power. Porsche has been one of these brands for a while and although you do get some completely wack Porsche spin-off products, the Porsche Design P’9522 cell phone looks to be one of the better Porsche derivatives to arrive on the scene.

but the P’9522 cell phone is more than just a rebranded generic handset, it actually has some fairly nice styling and under the bonnet (^^) packs a few decent features.

The unusually designed P’9522 flip and twist phone is deprived of the bonuses of 3G but does have such technical gifts as a fingerprint sensor to protect your ‘sensitive’ data and files as well as the following specs to garner it a fair chunk of respect:

The Porsche Design P’9522 cell phone already has its FCC badges so will no doubt be hitting phone stores anytime soon. The price? Well it’s a Porsche so expect it to be in the region of pricey to astronomical (around the $800 mark). 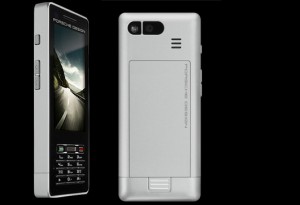 Tokyoflash Denshoku » Anyone For Toast?

HP Mini-Q 2030 Nettop PC – Nothing To Write Home About