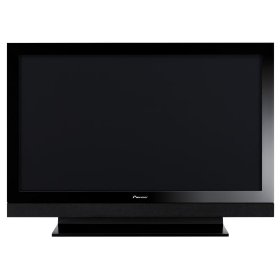 The Pioneer Kuro’s release earlier this year signalled a new level of HD television quality for plasma TV sets…nevertheless, the PDP-6020FD is not without it’s faults and boy does it have a few of those.

The first you’ll notice when you switch the PDP-6020FD television on is the deepness of the blacks. This is no washed-out effort plasma television, this is midnight-black at its darkest level.

The next thing that will catch your eye is the size of the thing, even though the Pioneer KURO PDP-6020FD

is a 60 inch monster, it’s pretty slim as big televisions go and even your grandmother could carry it around if she had to.

On the downside, there is no Cable Card Slot, one of the four HDMI slots is at the side rather being more conveniently placed at the back along with the rest and getting the settings for analogue and digital channels right on the Pioneer KURO PDP-6020FD

takes some considerable fiddling and is not as intuitive as it could be.

Saying that, Pioneer KURO PDP-6020FD is almost (and we use that word with emphasis here) a contender for the SONY Bravia series despite being plasma rather than LCD. I would even put it on par with the Samsung ln46a650

If you like your HD Televisions, big, thin and amazing, you could do worse then checking the Pioneer KURO PDP-6020FD 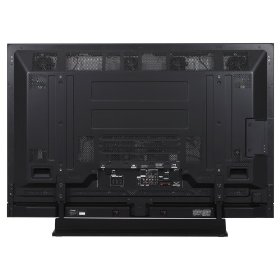