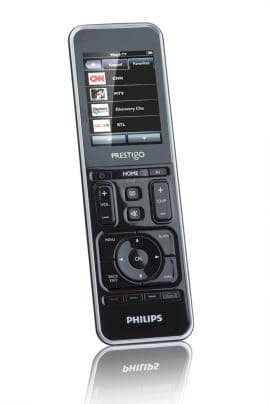 The IR-only remote comes with a 2.8inch touchscreen that would put many cell phone handsets to shame. The design is pretty slick but with all its functions, it looks like Phillips included some standard buttons in case the touchscreen ever went tits-up (English phrase, look it up).

The Philips Prestigo SRT9320 will be available in early 2009 for a stonking $249, about half the price of a 32″ SONY Bravia HDTV. Now, I like a slick remote control but at that price I expect it to control a lot more than the TV (maybe the wife….?).

The Asteroids Watch – Meteors On Your Wrist