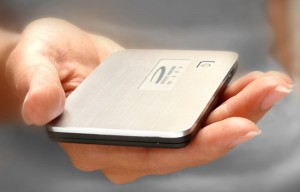 There’s a big fuss over Novatels new MiFi device as the next big thing in mobile communications and maybe it is but it still uses sucky 3G to enable the connection to other mobile and WiFi devices. Now call me impatient or just plained spoiled but I hate 3G. As far as I’m concerned, it is just WiFi’s younger immature brother that needs to grow up quick.

With 40 hours standby and 4 hours of use from a single charge of the battery, you shouldn’t ever be without 3G wherever you are, but, as I’m sure you’ve guessed, I can do without 3G wherever I am. In fact, unless I’m desperate to get on-line, even if 3G is available I would pass on the opportunity until I get to a WiFi hotspot.

For those of you who think I’m knocking the Novatel MiFi too much, have you seen how Apple were made to pull their iPhone adverts touting ‘super fast internet over 3G’? The platform just doesn’t deliver and has been oversold.

If you are really desperate for 3G on the go then the Novatel MiFi Portable 3G Hot Spot will be available from net year from whichever carriers Novatel decides to partner with (think At&T and extortion).