The Nokia N86 8 Megapixel Slider was unveiled at the World Mobile Congress….by mistake.

Now, it’s incredibly ironic that at a trade fair, your secret product is mistakenly announced, or, call me a cynic, Nokia intentionally, unintentionally, unveiled the Nokia N86 8 megapixel slider….

You get it? No? Don’t worry, it’s all out in the open now so either way, the world knows about the Nokia N86 8 Megapixel Slider (because the world reads this blog of course).

). Stand out specs are on the camera side with Carl Zeiss lens, AutoFocus and dual-LED flash. The 8GB of internal memory isn’t bad either but there isn’t anything to really wow us with this one.

If you’re interested, full specs below. Pricing and availability of the Nokia N86 as yet unknown. 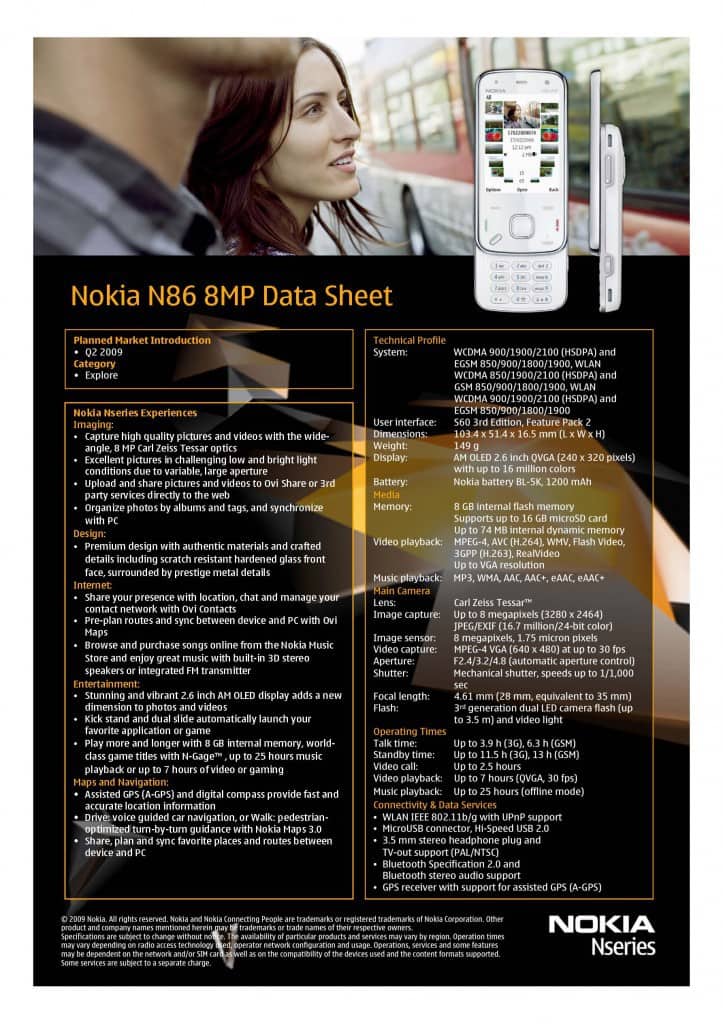