is simple yet crazy brilliant at the same time. Putting a Nintendo Entertainment System inside a toaster wouldn’t be everyone’s first idea of genius and yet it works so well.

We’ve seen some crazy mods over time, not excluding the glowing iPhone mod

but this Nintendo toaster takes the biscuit…or toast….

The Nintoaster is exactly that. A Nintendo inside a toaster and it works. glowing orange LED lights and all. The cartridges go inside the first toast slots with audio and video jacks at the rear. The second toast slot is used to house the NES controller ports.

Hook it up to your television and the Nintoaster will work like a regular NES, only cooler. Pictures and video below 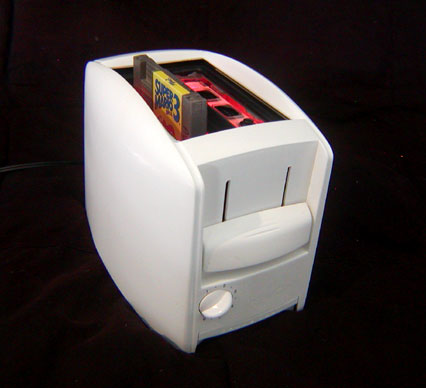 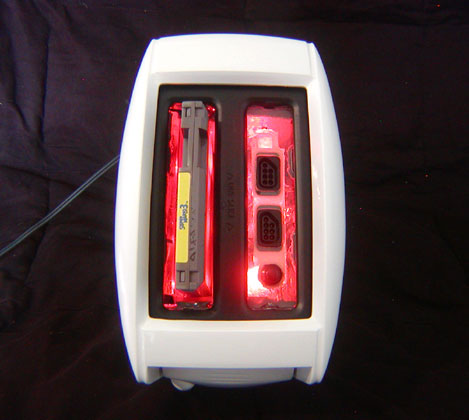 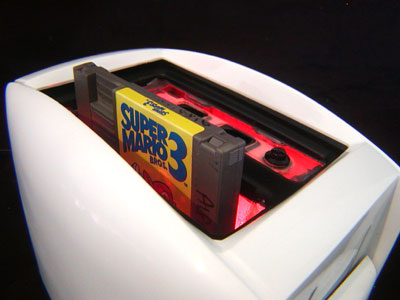