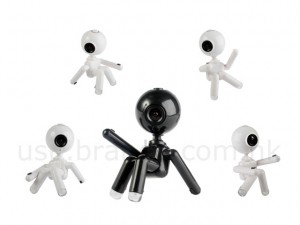 Brando the USB king have released an update on their popular interactive webcam series by introducing the ANEO ANWC0804 Web Camera. This is a humanoid shaped version of the ANEO GX-10 web cam with a twist. You can now have the camera throw some Kung-Fu shapes of its own.

Apart from allowing you to use the camera for easy video chat, the ANEO ANWC0804 comes packaged with three interactive games for Windows based PC’s, Kung-fu, Super Knight, and Funny Stair. Switch the web camera on and start the game, the web cam will monitor your actions so that you can fight, shoot and generally make yourself look a bit silly whilst playing the game without the need for a controller or touching the keys (Windows PC only). 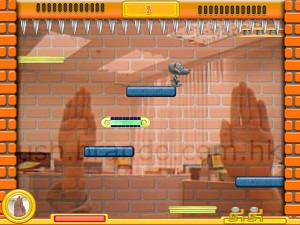 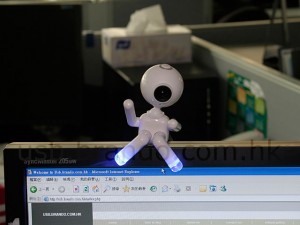 A poor mans Wii or EyeToy (at $33 it’s not bad)? Perhaps but it’s still pretty fun to use and with the little ANEO ANWC0804 camera man being able to assume some Kung-Fu like moves of its own, your bound to find some inspiration.