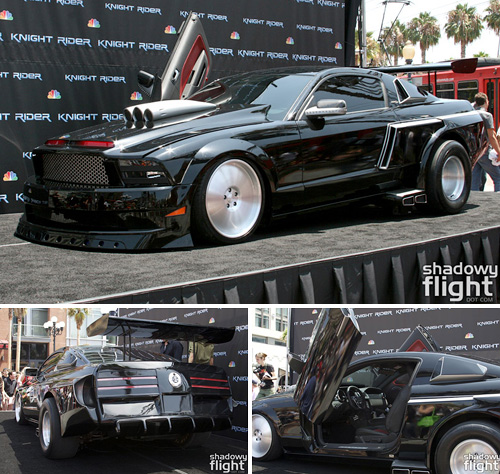 Ever since GadgetHeat reviewed the KITT Knight Rider GPS

we’ve been pretty much fans of all things Knightrider and the release of these pictures featuring the new KITT car in attack mode, we’ve had our ‘Stan’ hat firmly on….the quickly yanked it off.

The Kitt Knight Rider car in attack mode looks to awesome for words as you can tell by the pictures. The car is already pretty cool in standard mode but with the flip of a switch, is transformed into Super Pursuit Mode which allegedly makes the car go faster. Looking at the actual body-kit though, the extra bodywork looks like it may actually slow the car down rather than speed it up.