, have just launched the Creative Zen Mozaic, a snazzily designed portable media player (yes the spelling of Mozaic is how Creative have spelled it, not just my spell-checker playing up). Although the Mozaic PMP allows video playback, the 1.8inch screen suggests that this media player is more music and MP3 than video oriented.
.
Creative have used a, shall we say ‘different’ looking design for the Mozaic, hence it’s name and it looks like their design team decided to go out on a limb with this one. The design is a blended mosaic pattern for the keypad and the Zen Mozaic also comes in a range of different colours (pink being GadgetHeat’s favourite of course).
.
Feature wise the Creative Zen Mozaic boasts a battery tipped to last 30 hours on a single charge, the pre-requisite FM radio, voice recorder and an inbuilt speaker when you decided to share your musical taste with others whether they like it or not.
.
Expected to cost from £50 for the 2GB version, £60 for the 4GB, £80 for 8GB and a yet unknown price for the 16GB Creative Zen Mozaic media player due to be released later this summer. 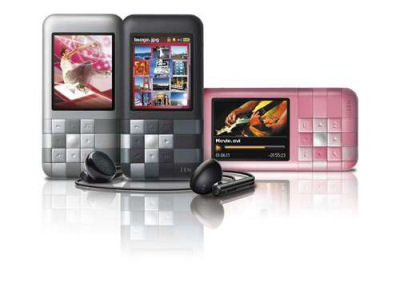 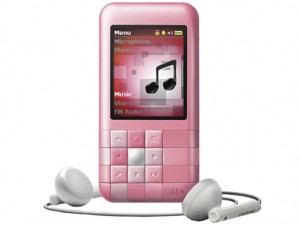 KiTT Has An Ugly Attack