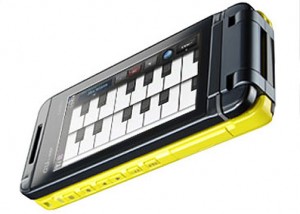 KDDI au have released a Casio Phone in Japan allowing users to play music on the handsets via the touch screen and a range of music apps. You can be tinkering the keys of a virtual keyboard or an imaginary guitar on the KDDI au Casio Phone’s 3.1-inch touchscreen.

As we have discovered, this is the first time that KIDDI have introduced touchscreen to their otherwise impressive selection (remember the KIDDI au box to play

concept?). The screen swivels on a hinge to hide or reveal a normal cellphone keypad just in case for some weird reason you are a touchscreen hater.

The included Yamaha keyboard application looks retro cool and reminds us of a great birthday present received when I was a kiddie (pun intended). The KDDI au Casio Phone also comes with a motion sensor, 5 megapixel camera and a half-GB of internal memory.

A Japanese only release for now, don’t expect the KDDI au Casio Phone to be available anywhere except import. 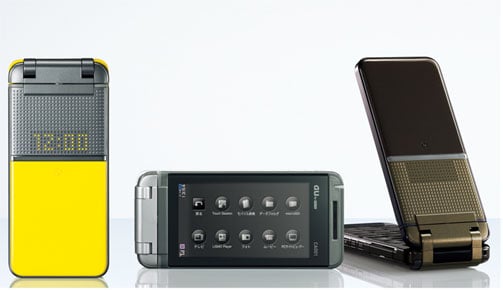