An online local services marketplace has discovered that, on average, gamers spend 2 hours a day playing video games. In response to the results, Bidvine

enlisted the help of its qualified service providers, including language tutors, personal trainers, music teachers, builders and dance teachers, to find out how long learning a new skill or completing a task within a profession would take, to find out what can be achieved within a given time frame.

If the average gamer were to ditch gaming for 2 hours a day they would be able to: 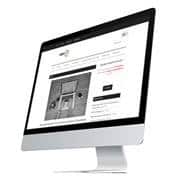 Bidvine.com commissioned a survey of more than 2,000 members of the public, 55% of which identified as gamers, and discovered that on average they spend 2 hours a day playing video games, including PC, consoles and mobile app games. More than a third (34%) answered they spend more than 5 hours a day gaming. Out of those who identified themselves as a gamer, two thirds (65%) were male, a third (34%) were female and 1% didn’t disclose.

The survey of both men and women also found that consoles are the most popular form of gaming, with more than two fifths (45%) of gamers answering they play on one. PCs were the second favourite with just less than a third (31%) and mobile apps just less than a fifth (19%). All of the 2,000 respondents answered they had ‘gamed’ before.

“We really don’t want to shame people for gaming, because it’s a great way for people to unwind and have fun. We thought it would be interesting though, to find out in relative terms what could be achieved within the same timeframe.

“We hope that these results will encourage people to try something new, learn a new hobby and finally get round to ticking some things off of their bucket or to-do list. I think most don’t realise how little time you actually need to allocate to learning a new skill, just think, in six months’ time you could be sat in a restaurant speaking fluent French to your waiter!”

Get Your Email Mailings Under Control