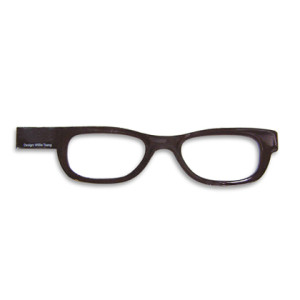 I’m a nerd. I were glasses ergo I am a nerd who gives a shizit? The Four Eyes USB Glasses pays tribute to nerd culture by combining a USB key attached to a bookmark shaped like thick nerdy glasses. The only thing is, you can’t actually use them to read (that’s hilarious in geek culture, trust me, I should know).

The Four Eyes USB Glasses are for those who think The Big Bang Theory is the best thing on TV (and it is). The 2GB USB

/ Bookmark can be used as either, just don’t try and wear. In fact, we would have been much more impressed if you could actually use them as prescription glasses. Something to think about….