We’ve been going a bit Star Wars crazy these last few weeks and we thought we would start this week the same way (well really we saw this and we thought it was cool and that’s all there is to it). The Darth Vader bobble head computer sitter does just that, sits on your computer.
.
Now some may think what’s the point and normally we would agree but but Darth Vader is just bad-ass enough to pull it off. Sitting around and doing nothing at all, bobbing his big ol’ head and he still looks too cool for Luke to handle.
.
As far as bobble heads go is much the same as any other except with it being Darth, the question begs to be asked, where’s, R2D2

? You can pick up the Darth Vader bobble head computer sitter for $7.99 from September. 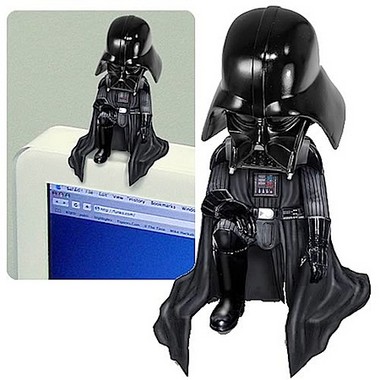