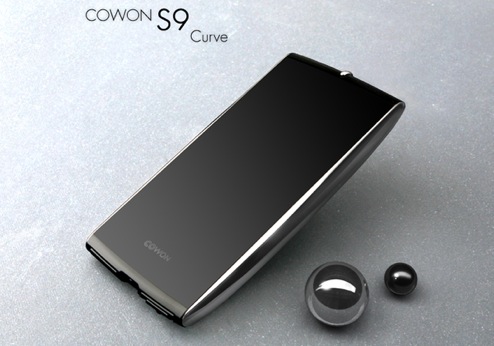 Cowon’s new portable media player looks a beauty. No it’s not going to be an iPod killer but it’s definitely raising the bar in the media player style stakes.

The Cowon S9 Curve PMP’s curved back and rounded corners indicates that it’s trying to live up to its name and it looks pretty good doing so. Under the bonnet it hides a 16 million color 3.3-inch AMOLED touchscreen, 500 MHz CPU, T-DMB, Bluetooth connectivity, media player functions and an electronic dictionary app.

All this sounds good but the proof will be when it finally goes on general release sometime this year. Other PMP’s

better step their games up….

Nike FeelFree Headset – Run With It