The Audi Shark is one concept

car I wouldn’t mind seeing in the near future but we all know that it’s never going to happen. Hover cars aren’t going to be a reality ever. You can quote us on that.

Getting back to the Audi Shark, this two seater hover car was designed especially for the Desire Design Competition by Kazim Doku. Despite being futuristic, it still reeks of Audi’s traditional styling that looks great on the Audi S8 and others in the Audi range.

The console in the middle looks slightly sensitive placed for those of us of the male persuasion and it’s unsuprising that the model used in the Audi Shark concept pictures are of a female…. 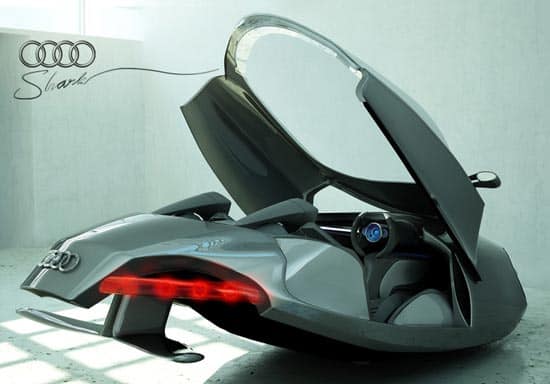 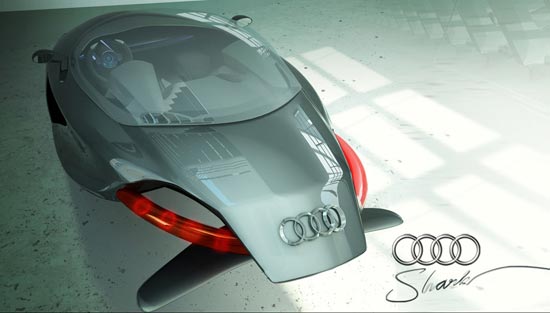 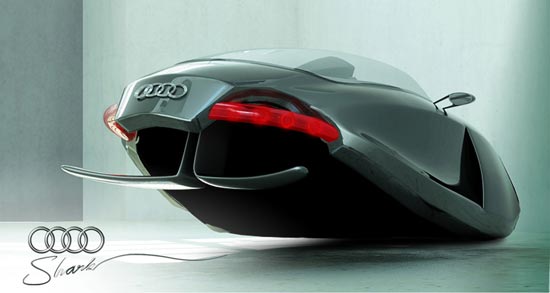 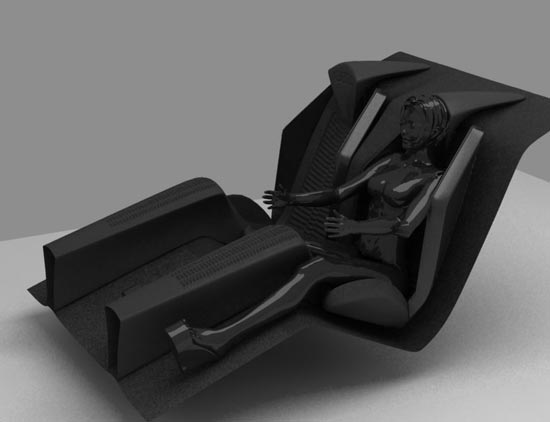