As consumers we always want more of everything, it’s never enough, we want it bigger and faster and we won’t stop until we get it. Just likeKodos the alien said in The Simpsons in the Treehouse of Horror II episode:

Yes, that is our nature, and manufacturing and technology companies do not hesitate to indulge our desires. This is where multi-monitor and dual screens become relevant to the article, because we have to ask ourselves: are they really necessary, or is it just a whim?

As you would expect, there are arguments on both sides, some say that less is more, others defend the idea that the more the better.

The argument that two screens is not good for your productivity is a pretty solid one, FarhadManjoo of The New York Times published an interesting article

about the subject more than three years ago, his arguments are that two monitors make us more prone to distractions, and that quitting the job on purpose to lose valuable time in the internet is one of our worst enemies, a reason to get us fired. 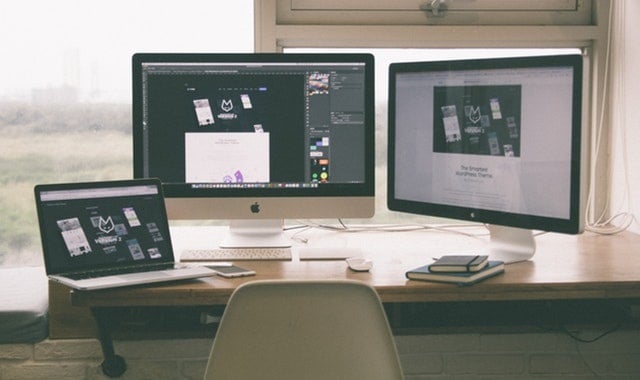 But the advocates of multi-monitors have some interesting arguments as well, an article written by Ben Snidel five years ago for Igniting Business gives a list of advantages of using a dual monitor setup to work with: use programs simultaneously, reference critical information, it is simple to use, and increased collaboration and communication.

Not only workspaces use dual screens, the gaming and entertainment business have also tried to implement this type of setups. A great example are dual screen slot machines, they have been a massive hit in Las Vegas and gamblers love them, but we know it’s not nearly the same situation.

The quick take away is that dual screens are good at work if you have the discipline to use them to your advantage and not get distracted, it may seem impossible, but that is the reality. Having two screens in front of you is an invitation to steer away from course and have some fun, it may be terrible at the workplace, but if you are in a land based casino it will be worth your while.

Is Technology Changing the Way We Learn?