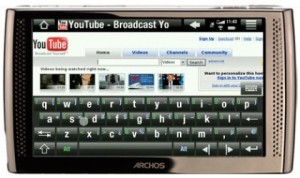 will be coming full-force in 2009 and the Archos Android MID Internet Media Tablet is just one rather respectable weapon ion its arsenal. The Archos MID Android media-tablet is set for a Q3 2009 release and if the specs below are anything to go by, it may just be a big hit and give SideKick

lovers something to think about.

The Archos Android MID is sitting pretty with its 5 inch touch screen, up to 500GB storage and, most importantly for an internet tablet, up to 7.2 MB download speed courtesy of 3.5G HSUPA/HSDPA. Supported media formats include DivX, Adobe Flash and full-screen Flash video.

There is also rumoured Tivo style TV recording software to be announced when the Archos Android MID is officially announced at the Mobile World Congress.

No pricing has yet been revealed for the Archos Android MID Internet Media Tablet but something this sexy doesn’t come cheap. 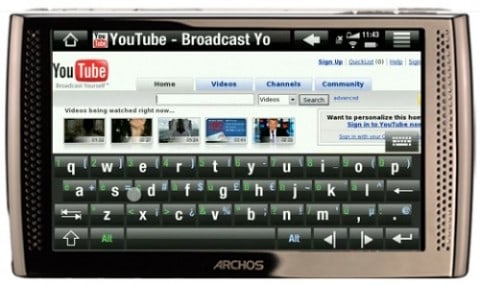