The 16th edition of the IAAF World Championships will soon be upon us, hosted in London, in the former Olympic stadium in Stratford, also known as the West Ham football stadium.

The qualifying entries are now available, listing all 2034 athletes from over 200 teams, taking part in the event. But what can attending fans expect from this August’s most long-awaited sports event?

Taking a look at some of  the technical differences from the London Olympics hosted at the same venue back in 2012, there are quite a few worth mentioning.

The roof of the stadium has been expanded with spectacular results, as witnessed in this month’s world Para Athletics event; the atmosphere and noise are both intensified and the venue proves ideal for athletics since all seats can be considered good viewing points to watch the events.

Outside the stadium, the West Ham megastore has been temporarily converted to a cafe for athletes and coaches as well as an outlet for British Athletics merchandise. The huge digital screen on the external wall of the stadium was a smart idea to promote the the sporting event while the addition of a digiboard inside will be used to show country flags and sponsors. 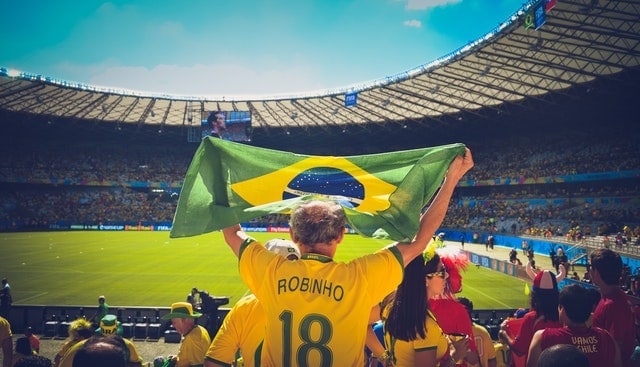 However, some athletes were less than pleased about the call room being underneath the stadium, in the dark and cut away from the roaring atmosphere above.

“You go from that to 60,000 people. I never was a Roman gladiator but that’s what I imagine it would be like.” commented 110m hurdler, Andrew Pozzi who will be participating with the GB team.

Nevertheless, Chairman of the British Athletics Supporters Club, John Standerline, called the stadium “one of the best in the world” although he expressed disdain that cameras, food and flags are not allowed inside as per stadium security protocol which is geared more towards football than athletics. Another blow is that the food stalls available offer mediocre ware for ridiculous prices.

Meanwhile, Niel de Vos, Head of Uk Athletics and London 2017 has confirmed preparations are full swing and expressed optimism that this would not be the last of the UK’s hosting duties for athletic sports events: “We really want this month of athletics in the London Stadium every year to be synonymous with the summer in the same way that Wimbledon is,”

Running from the 4th to the 13th August 2017, this latest edition of the IAAF will be Usain Bolt’s and Mo Farah’s last.

Bets are now open on all events so you better start choosing your favourites. Click here to withdraw your bonus.

The events featured in the Championships range from 100m to 10,000m races, a series of hurdles, jumps, and throws as as well as a marathon,decathlon and 20km and 50km race walks.

Awesome Mods for Your Jeep