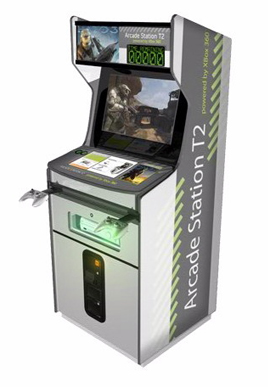 Arcade style versions of the Xbox 360 may be plentiful in games shops but this one is set for general release in the coming months and could be in your own home. The Arcade Station T2 houses an Xbox 360 in an arcade style cabinet. It looks the part except for the standard Xbox 360 control pads standing out like a sore thumb.

into the Arcade Station T2 is beyond me. On the plus side it does come with two memory card slots and has a play-for-time rather than a pay-to-play system which means you won’t be running out of quarters anytime soon.

Currently in testing in UK and Asia, you can expect to have to fork out big bucks for this and considering the fact that the Xbox 360 the Arcade Station T2 houses isn’t even pimped out (like this Dark Knight Xbox

), you’re really just paying for a fancy games cabinet and a monitor….. 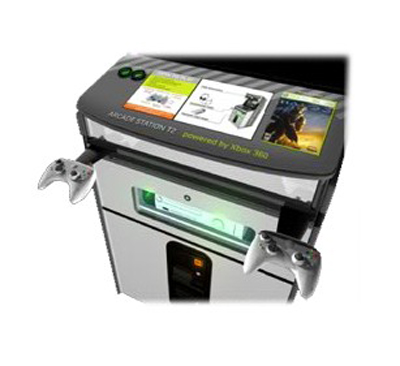 Philips CinemaOne – Everything In One