Race Into the Future with These 4 Manufacturing Technologies

If you talk to some technology experts, they’ll tell you we’re getting close to critical mass when it comes to manufacturing technologies.  And it’s hard to argue with that.  Yes, technology is constantly evolving and innovating, allowing manufacturers to re-imagine the way they go about operations.  This means there is an endless supply of tools and devices available at the hands of distributors like RS Components. But with so much exciting technology out there racing forwards at such a rate of knots, it can be difficult to know where to look with your limited budget.

Sure, robotics are not new – it’s now a billion dollar industry.  What is new, though, are ‘cobots’ – or collaborative robots.

One of the big benefits for manufacturers is that those investments can be made incrementally, specifically because of the way they work hand-in-hand with your existing skilled workers and do not tend to cost any more than their human counterparts.  With plug-and-play and other easy technology in the mix, it’s actually the workers who end up doing the programming, because you don’t necessarily need a robot engineer anywhere near them.  That’s fantastic news for small and medium-sized operations.

Over the last few years, the 3D printing industry went into overdrive – up from $3 billion in 2013 to a predicted $20 billion by 2025.  The reason?  As new materials come in, and software marches ever forwards, you can do more and more with what you buy – like the seamless move between useful but completely different materials in the same application.

For instance, as 2020 races on, manufacturing operations are integrating the 3D printing of both metal and plastic components in the same product, and even integrating elements like motors or conductors – things that were impossible to imagine mere months ago. 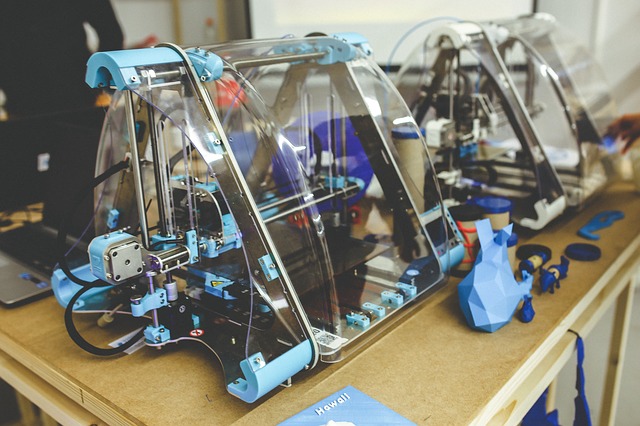 In our smartphone world, many technologists have been predicting that wearables will be the smartphones of the next decade or so.

How is that relevant for manufacturing?  Let’s take the humble smart watch – handy for the casual user.  But imagine a smart watch tailored specifically for manufacturing being able to detect fatigue in the worker of a dangerous job.  Where it can be difficult for the worker to let their supervisor know they’re tired and becoming inefficient, it’s not too difficult for the watch at all.

While this sonar-like technology is mightily impressive, ultrasonic sensors are not exactly new.  We’ve been watching how real-time distance calculation and measurement using sound waves can be more than beneficial to a range of industries – automotive, food and health just to name a few – for years.

But the innovation over the past 12-18 months has been nothing short of incredible.  Firstly, they are now tiny – we’re talking tip of your pinkie-finger stuff.  But that’s not the half of it.  Just one forward-thinking manufacturer identified over 100 applications for this inexpensive technology, integrating the sensors with their steam traps, valves, boilers, heat exchangers, compressors – you name it.  The boost through direct savings, better efficiency and predictive maintenance alone was counted in the millions of dollars.

Manufacturing technology: get ahead of the game

So while advances in manufacturing technology may seem daunting, that’s the wrong way to look at it: it’s really nothing short of an incredible opportunity to get proactive.  It’s definitely not the time to play stuck in the mud with old ideas – even tried and tested ones.  It’s time to get ahead of the game.