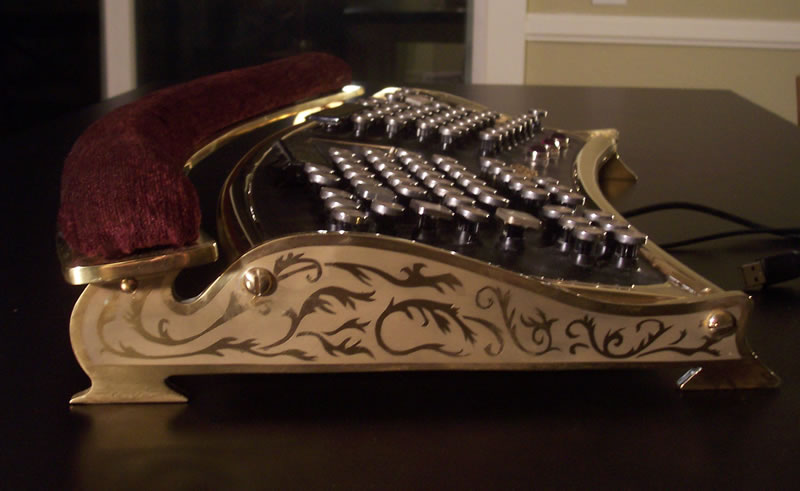 No folks this is not an old-time typewriter before you, this is a steampunk keyboard that begun life as an IBM M-15 Ergonomic Keyboard. The steampunk effect

has then been applied (think 1920’s uber-retro) and transformed it into this classy, faux 1920’s piece you see before you -The Steampunk Datamancer IBM Ergo.

The Steampunk Datamancer Ergo comes with violet LEDs (yes it’s girly, the Steampunk Ergo was made on commission for a female client), the brass encasing has been etched with an acanthus-leaf pattern, and, just in case you were in doubt as to the girliness, a removable soft burgundy wrist pad you can use for cleaning. Just to prove that it is actually a modern day device, it also has a built-in “buttonless” touchpad mouse in the center.

The Steampunk Datamancer IBM Ergo is custom made by Datamancer

. You can hop over to their website to see if you can get one of your own made. 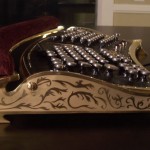 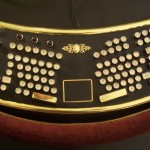 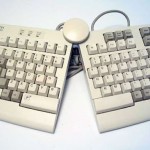 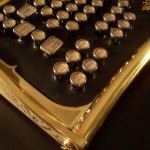 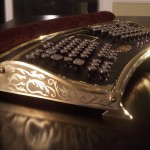 Roku Box To Get Nextflix HD