and the surprise hit, the spirit of st. Louis boombox

doing quite well for themselves this year and SONY has jumped in on the game with the release of its SONY ZS-S4iP iPhone Boombox.

Having a look at it, the SONY ZS-S4iP iPhone Boombox looks like an old -school cassette player and it even has an eject button that opens a compartment so you can insert your iPhone or iPod Touch just like a cassette.

Once that novelty wears off however the SONY ZS-S4iP iPhone Boombox is just a regular boombox which also allows MP3 CD playback. Look out for it sometime this year if you really want one and expect to hand over about $100 of your cash… 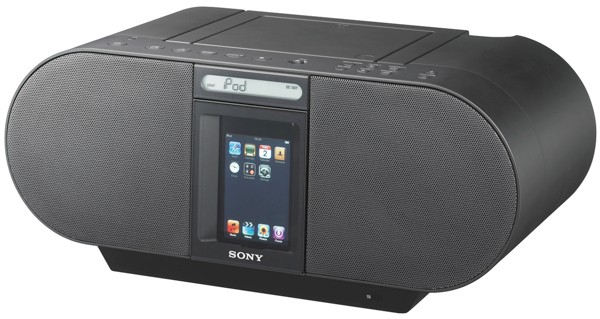