The Sony Ericsson F305 Motion gaming phone looks like Sony Ericsson’s best effort (so far) to go up against the new Nokia N-Gage platform. While the F350 looks as pretty as a picture, GadgetHeat doubts that its back-end gaming processor can withstand some heavy duty gaming use.

And that’s the crux of the problem, its built-in accelerometer is its unique selling point and if it’s not up to scratch (or at least Nokia’s N-Gage standards), the SONY Ericsson F350 hasn’t really got anything truly outstanding to offer. Sporting Edge technology (3G is generally better), a Memory Stick Micro slot (no word on maximum capacity as yet) and a 2-inch 176 x 220 (which definitely isn’t big by today’s standards) the Sony Ericsson F305 could have been just a little bit better….

Saying all that we don’t want to be too negative and have to admit that the Sony Ericsson F305 is pretty sweet looking. The gaming focus of the phone means that the buttons look like they’ve been ported from a hand-held controller which gives it a distinctive look. The Sony Ericsson F305 will be available in Q3 this year. 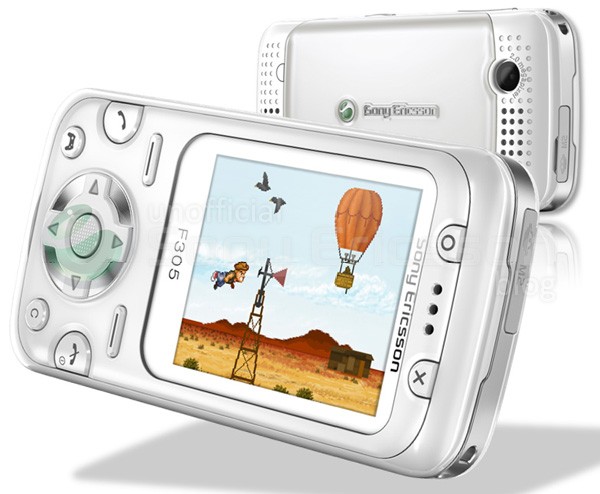