Someone, somewhere has got the hands on the latest Sidekick 2009 model for a hands on and we wish it was us. Although we don’t like the previous offerings of the Sidekick in principle, the Sidekick 2009 is looking tastier by the minute with just one draw back. No WiFi.

Yes, we know that the 2009 Sidekick handset (also known as the Sidekick Blade), will have 3G but, if we had a choice, we would take WiFi over 3G any day of the week. The ‘in the wild’ picture screen below isn’t too far from the Sidekick 2009 rendering

we posted a few weeks ago.

If you read where we spotted that one, it goes to show that sometimes (just sometimes mind), taking on-line surveys are actually worthwhile. 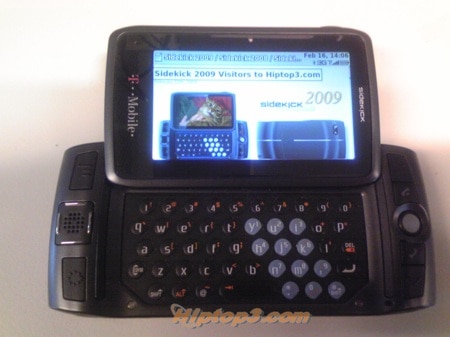 TokyoFlash Kisai Sensai » Don’t Ask Me For The Time, Admire Me