Sega-Hasbro have just unveiled their new ‘toy’ the Ampbot, an interactive 2.4 feet tall robot also known as A.M.P (Automated Music Personality). The Ampbot is basically a glorified remote control iPod dock (yeah we said it) with built in speakers and the ability to chase its owner (and animals and small children) around the room while blasting out tunes from whatever MP3 player you have it attached to.

As robots go, the A.M.P. is not bad looking, standing at 2.4 feet and finished in a glossy black with yellow trimmings (however, when it comes to robots, GadgetHeat still prefers our gadget of the year, the R2D2 digital DVD Projector

). Now that that Sega are out of the console business, Sega Toys (Sega-Hasbro) are picking up the slack and Osamu Takeuchi of Sega Toys points out the fact that the A.M.P. can also dance (as well as chase you…). When throwing its shapes on the dance-floor the Ampbot also has red LED’s flashing on its head while its head bobs up and down up and down up and….you get the drift.

The A.M.P Ampbot is likely to be released to the US and Japan in November retailing at around $500. The rest of the world will have to wait a while longer to see if the Ampbot robot will come to the shores set for world domination in the robotic toys niche or if it is to be consigned to the scrap heap along with Johnny No.5.. 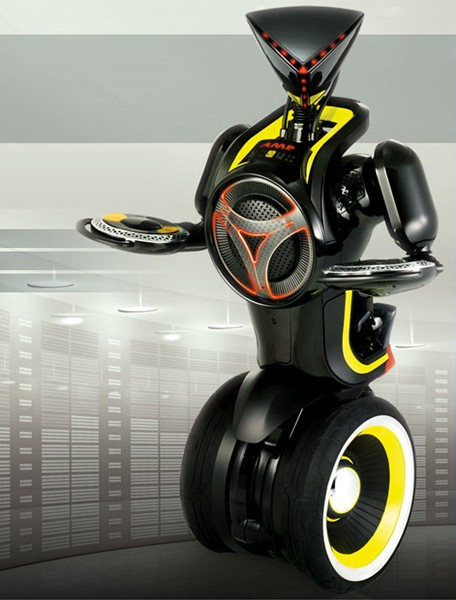 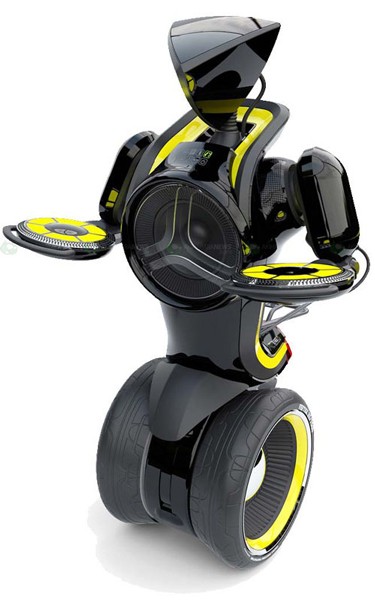 Move Over For The All White Creative MuVo T200