As MP3 Players go, GadgetHeat knows that the standards set by Apple and Zune are the ones to beat. Those MP3 players without the marketing budget of Apple (and Steve Jobs ‘charisma’) such as Creative have to continue releasing less hyped but no less stylish (and is many cases better) MP3 players such as the relaunched MuVo T200.

Creative already launched the MuVo T200 in black a short while ago and have now released a slick white version (thank you Steve Jobs) in both 4Gb and 2Gb versions. The MuVo T200 white has the same specifications as its black twin boasting a built in microphone, bass boost and is WMV as well as being MP3 compatible.

The Creative MuVo T200 also has a built in FM radio which we personally dislike as radios on MP3 players is kind of pointless in our book. The MuVo T200 white will be available at the end of June for around 40€. If you like your MP3 players on the small side you should also check out the nwdb105bc review

we did a short while ago. 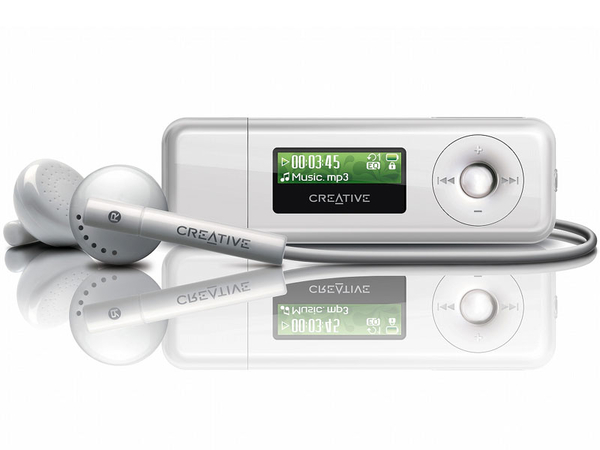 Sega Ampbot – The Terminator Has a Dance Partner