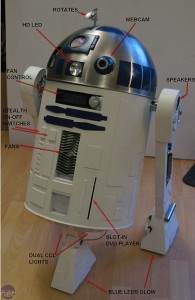 This R2D2 casemod was originally a garbage can, how’s that for recycling? Anything Star Wars related gets an automatic thumbs up and all things R2D2 related are automatically FTW. This R2D2 casemod is a case in point.

Assembled for a mere $150 by devoted modder Frenk Janse (the dude in the pics), the R2D2 Casemod was oh-so nearly thrown out for the bin men. Instead of that dire fate, the garbage was sliced, diced and painted based on pictures of R2D2 gathered by Frenk from the internet. Functions include a webcam, DVD player and inbuilt speakers.

If you have about $150 bucks to spare, time and an unhealthy fondness of a talking garbage cans, why not have a go yourself and see if you can crank out another example of a cool green-gadget (the R2D2 Casemod was made out of a garbage can after all). If you have found your wallet to be recession proof, you could always get yourself a real R2d2 gadget 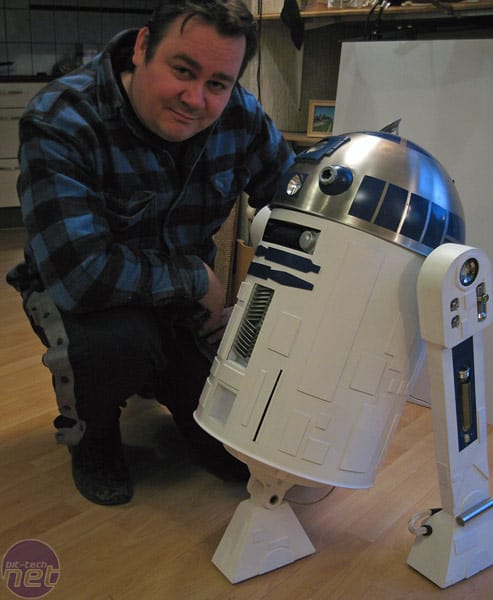