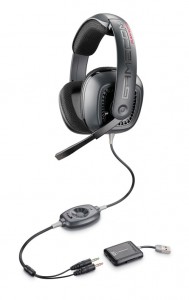 GadgetHeat has to admit that the Plantronics GameCom 777 headphone is quite good-looking as headphones go. Slick design and a matt grey finish makes it look sexy enough for any self-respecting PC gamer who wants to localise the noise output from his Dawn Of War II online gaming.

Specifically designed for PC gamers, the headphones have an inbuilt USB soundcard with inline controls for volume and mute. The Plantronics GameCom 777 also has a hideaway boom mic when you wish to participate in voice-chat. The headphones also incorporate Dolby-Pro-Logic II and virtual 5.1 surround sound which makes for some pretty decent listening pleasure.

even though it may not come with a mic. 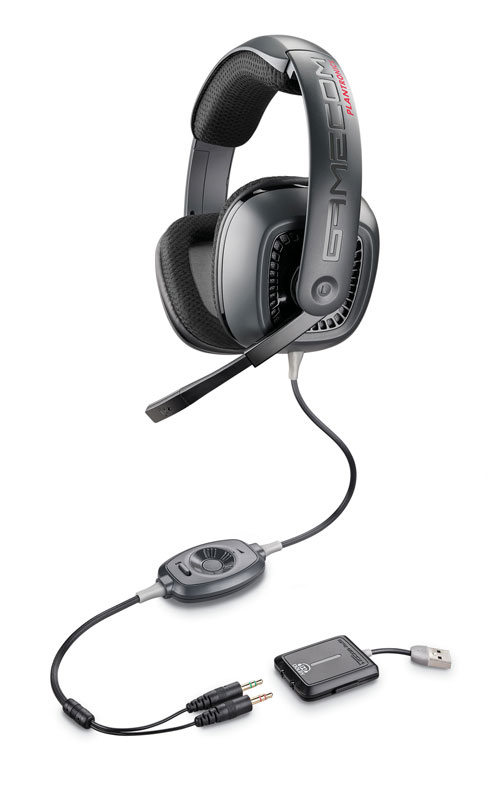