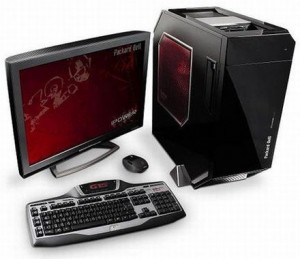 released earlier this year. A word of warning though, the starting price is as big as the technical specs.

Previously only available to hardcore gamers, the Packard Bell Ipower X20 Gaming PC will be available to all and sundry from the new year. If you want to do other things apart from play games on your PC, it also comes with Blu-ray, HDMI and DVI so you can kick back and watch some films too.

If you’re pondering a new PC and are on the brink of deciding the pros and cons of getting a gaming rig or your standard fare, the Packard Bell Ipower X20 Gaming PC should be on your list as a definite maybe. The only drawback is the price. Starting at £1000 ($1,486) and getting steeper, you would have thought Packard Bell didn’t know the economy was in the pan….