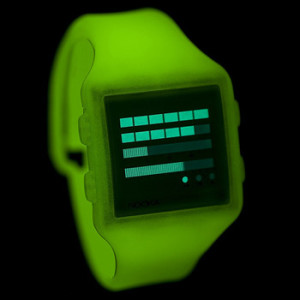 Vying for the King of ‘BTW it’s also a watch’ crown, Nooka have released their Glow Zub Zen H Watch, glow in the dark fun for all dedicated clubbers methinks.

Each line of the Nooka Glow Zub Zen H Watch represent a unit of time with the first six being hours and the next two being used for minutes and seconds. Much like TokyoFlash

Winning more for its cool points than its time-telling skills, the Nooka Glow Zub Zen H Watch can be yours to baffle and annoy you when you absolutely need to know what time it’s not (^^), for just $150. Alternatively you could go and buy a watch. Just saying. 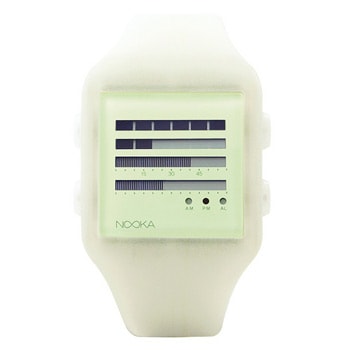 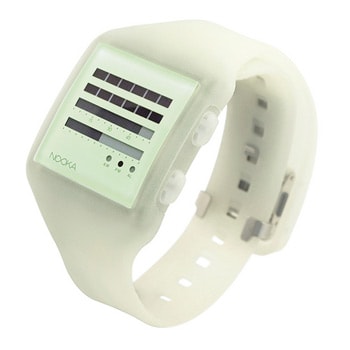